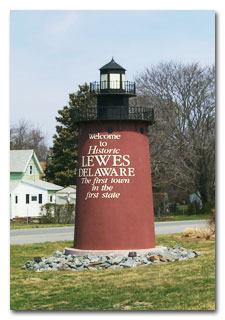 The town of Lewes got its start back in 1631 when a little more than two-dozen men from Holland sailed to the New World to establish a whale-oil colony along the western shores of the Delaware Bay. As the fort of Swanendael, or Valley of the Swans, was centralized, a misunderstanding between the colonists and the native people led to the fort's destruction and the colonists' massacre. Given the initial colonization of Swanendael, this allows Lewes to lay claim to being "the First Town in the First State."

By 1682, William Penn was granted the three lower counties that now make up Delaware as part of his Pennsylvania territory. Penn decided to name the southernmost county for Sussex, England, his home province, and renamed Deale as Lewes after the port city in Sussex, England.

The town thrived as people arrived and merchants set up shop over the years. Churches and a courthouse were built as the town grew and became a busy port where ships would restock supplies. Lewes also served as the seat of Sussex County until 1791 when the government was relocated to Georgetown, a more central location.

By the 1960s, the menhaden business bottomed out. The fish that had produced an industry disappeared and the companies that relied on it had moved on. The loss of that industry, as well as a clam factory, marked a monumental change for Lewes. 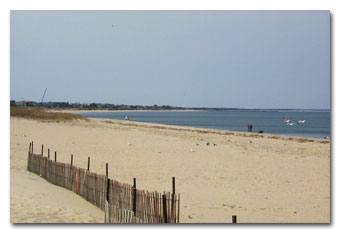 With nearly four centuries of history, Lewes has been transformed from a community of whalers and fishermen to one that is equally dependent on the sea, but in a much different way. Tourism has helped fuel a 20-year growth spurt in Lewes. Picturesque beach homes have replaced quaint cottages amid the sand dunes, and hardware stores and mom-and-pop stores have made way for bistros and boutiques. The new wave of residents has come seeking a slower paced lifestyle, lower taxes, and the lack of urban crime.

Lewes also remains an east coast port of call and is home to a large fleet of charter fishing boats. It is likewise the base of the Delaware Bay and River Pilots Association, whose members guide cargo vessels to and from the ports of Wilmington and Philadelphia. Lewes is also the site of the University of Delaware College of Marine Studies and is the southern terminal for the Cape May-Lewes Ferry.