Imagine that first glimpse of the ocean, that stretch of blue-green that trails off forever into the horizon. Imagine the oaks and pines that shade the residential streets and the landmarks that make Rehoboth Beach, such as the huge, orange Dolle's sign shading the Boardwalk. It is a combination of these things that has attracted millions of visitors, and given Rehoboth the honor of being "The Nation's Summer Capital."

Rehoboth has an eclectic population of artists, politicians and social activists. The area also has a thriving gay community whose members play an active role in cultural and civic groups. As Rehoboth Beach continues to grow, city leaders worry it may lose some of what makes it special, such as the beach cottages and tree-lined neighborhoods.

It all began when the "Sea Hath Spoken." The Reverand Robert W. Todd was worn out in the summer of 1872 after weeks of camp meeting services in Wilmington, Del., so the Methodist pastor retreated to the Ocean Grove Camp on the New Jersey shore. Upon returning to Wilmington, Todd told his flock about his revival in a sermon using the words, "And the sea hath spoken." In the weeks that followed, Todd was consumed with the idea of a religious retreat by the sea. He said his vision of Rehoboth Beach came to him in a dream.

The Rehoboth Beach Camp Meeting Association, created by the Methodist Episcopal Church, purchased 400 acres in what is now central Rehoboth Beach for just under $10,000. Lots were laid out to form a fan shape, to give all landowners a view of the sea. It wasn't long and the first camp meeting started in the summer of 1873. Worshippers built humble, framed cottages called "tents," starting in the area that is now called The Grove. It only lasted about eight years. 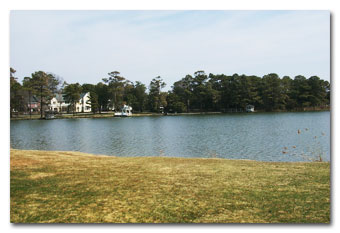 Approximately 14 years later, an attempt was made to revive the camp meeting, and in that first year dozens of lots were sold. The bylaws were interesting in that anyone within a mile of the camp was expected to abide by the rules. Thus the very first hotel was built in what is now Dewey Beach. The hotel, known as The Douglass House, was just outside the one-mile limit, meaning patrons could consume alcoholic beverages, unlike those staying in Rehoboth Beach.

As time moved on more and more people flocked to the area to seek that quiet resort vacation. It took some folks approximately two days to travel to Rehoboth in a Model-T Ford, with many stops to change and repair flat tires. Others preferred to come a different way by taking the train and ferry. However, it was the construction of the Chesapeake Bay Bridge, which opened July 30, 1952, and then the addition of a second span, which opened June 28, 1973, that really brought about change, and a large influx of people, to Rehoboth Beach. Later, the annexation of Rehoboth Heights, now south Rehoboth, nearly doubled the size of the newly popular city.

Others credit Rehoboth's boom to housing developments such as Pot-Nets and Indian Landing that were created in 1962 on the Long Neck Peninsula. There was also Wall Street's stellar ride with technology stocks in the mid-1990s, a boom that carried many into the second-home market.